For too long rooftop solar has been reserved for people that live in single-family homes, leaving those in apartment buildings missing out.
Meet the SolShare:

An award-winning technology which enables a single rooftop solar system to be shared by all residents in the building.

Physical distribution of solar energy to each participating apartment

See how the SolShare could help

increase your NOI and ESG outcomes

See how the SolShare can benefit tenants

See how the SolShare can help monetize 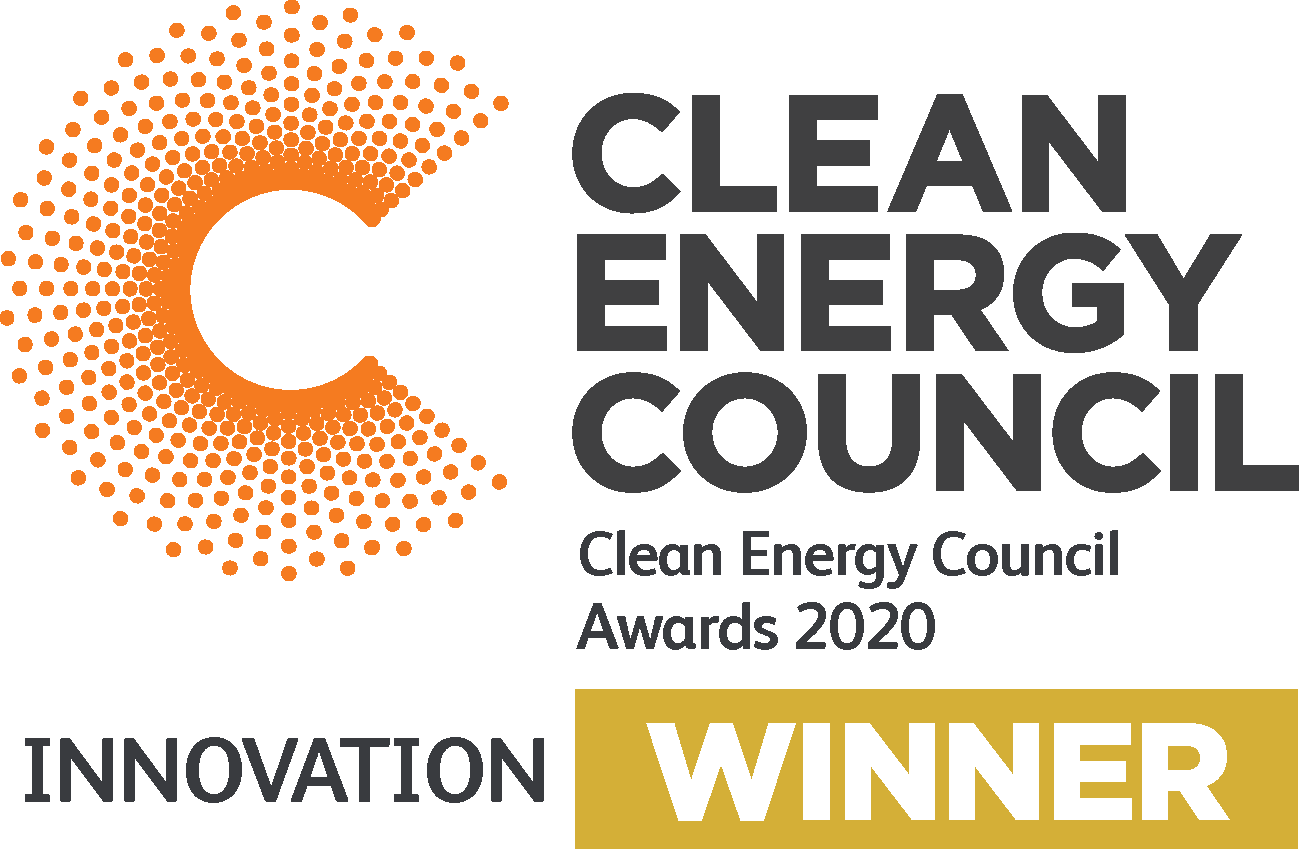 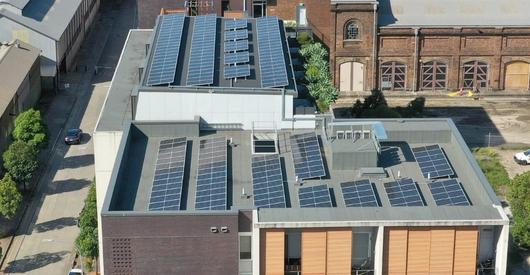 City West Housing is a leading Community Housing Provider in NSW. They connected rooftop solar to 226 apartments in three apartment complexes in their portfolio with Allume’s SolShare technology. 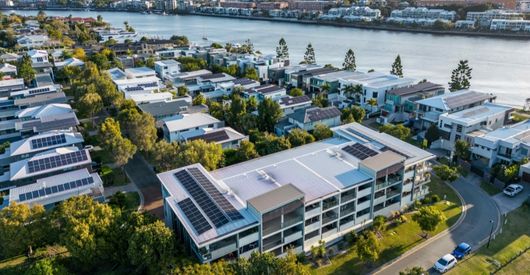 Waterline Crescent apartments is an airy strata-titled apartment complex of 18 residences overlooking the Brisbane River just northeast of the Brisbane CBD. The body corporate decided to retrofit solar panels to improve the sustainability of the building, and chose Allume’s SolShare technology to connect solar to each apartment. 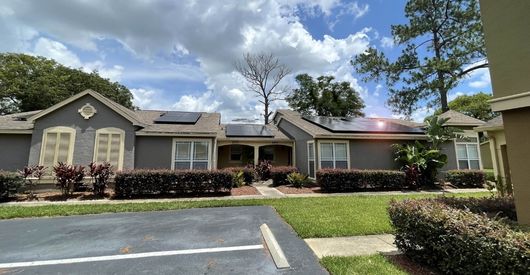 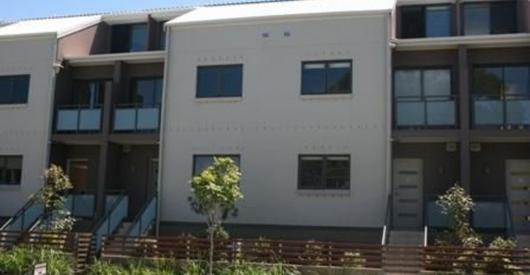 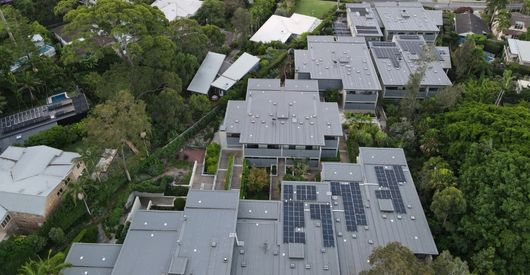 This apartment complex comprising multiple buildings overlooks beautiful Pittwater in Sydney’s north. In 2020 the apartment community decided to install rooftop solar to reduce electricity bills and dependence on the grid.

“One Step Off The Grid has followed Allume’s progress with its SolShare technology with great interest, as it works to break through the solar ceiling for those consumers traditionally “locked out” of the rooftop solar market, including renters and apartment dwellers.”
- One Step Off The Grid

“As the world’s first behind-the-meter solar sharing technology, SolShare is used to knocking it out of the ballpark, but becoming the first Power Division Control System (PDCS) to be UL certified is a game-changer.”
- PV magazine

“The SolShare is the most efficient system to maximise the use of energygenerated at any given time. It achieves this by supplying energy to where it is needed most, instead of sending it back to the grid.”
- Utility magazine

“Previously we have been limited in the use of solar in multi-occupant buildings such as apartments or offices due to limited roof space, but Allume’s technology allows everyone to use affordable solar power,” said Stuart Penklis, Mirvac's head of residential.
- Australian Financial Review

“People in the past have looked at the tech and tried to crack this and not really been able to,” Mr Lucas said. “We are particularly interested in Allume’s solution. It’s a segment of our customer base that hasn’t traditionally been able to access solar because of the way it’s metered and shared and this goes a long way to solving that physical element."
- The Australian

“Allume sees a huge opportunity for improvement in Australia’s low-income housing space, with state and territory government as well as not-for-profits providing homes for roughly 800,000 people around the country. Putting solar on all of these dwellings – detached, semi-detached and multi-unit – would not only level the playing field for people already at a disadvantage to home owners, but would add another 1,600MW to Australia’s rooftop solar capacity."
- Reneweconomy

Partner with Allume and
significantly expand your solar
market opportunity.

The SolShare is a powerful solution
for achieving your sustainability goals.
Significantly reducing grid energy usage
via renewable solar energy. 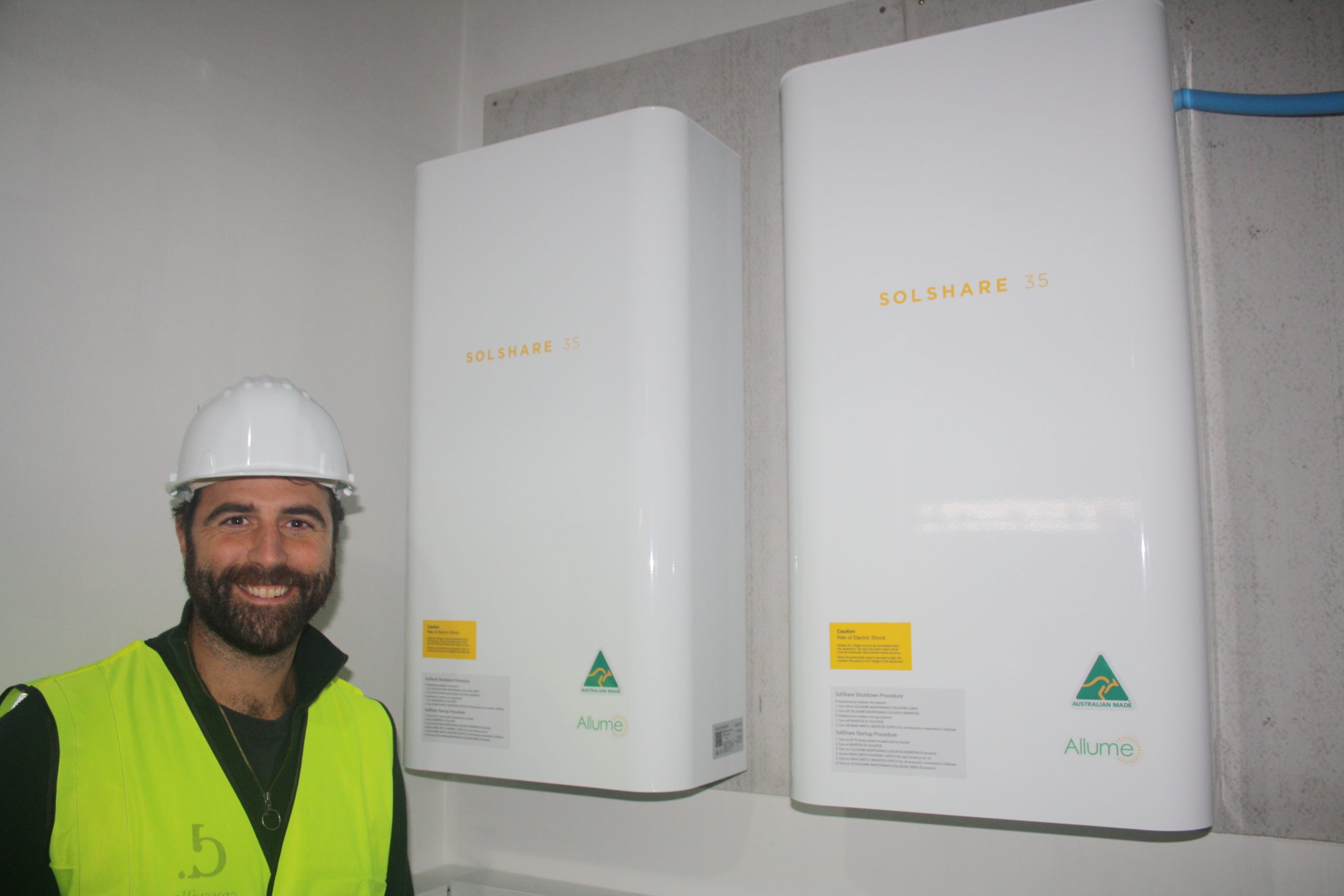 A huge milestone has been reached towards achieving net-zero flats in the UK. The SolShare’s ability to connect solar PV panels directly to flats is the keystone technology in the initiative. In a world first, Allume’s SolShare has been combined with other world-leading, energy-saving technologies to create a near net-zero apartment building in London. Allume’s […] 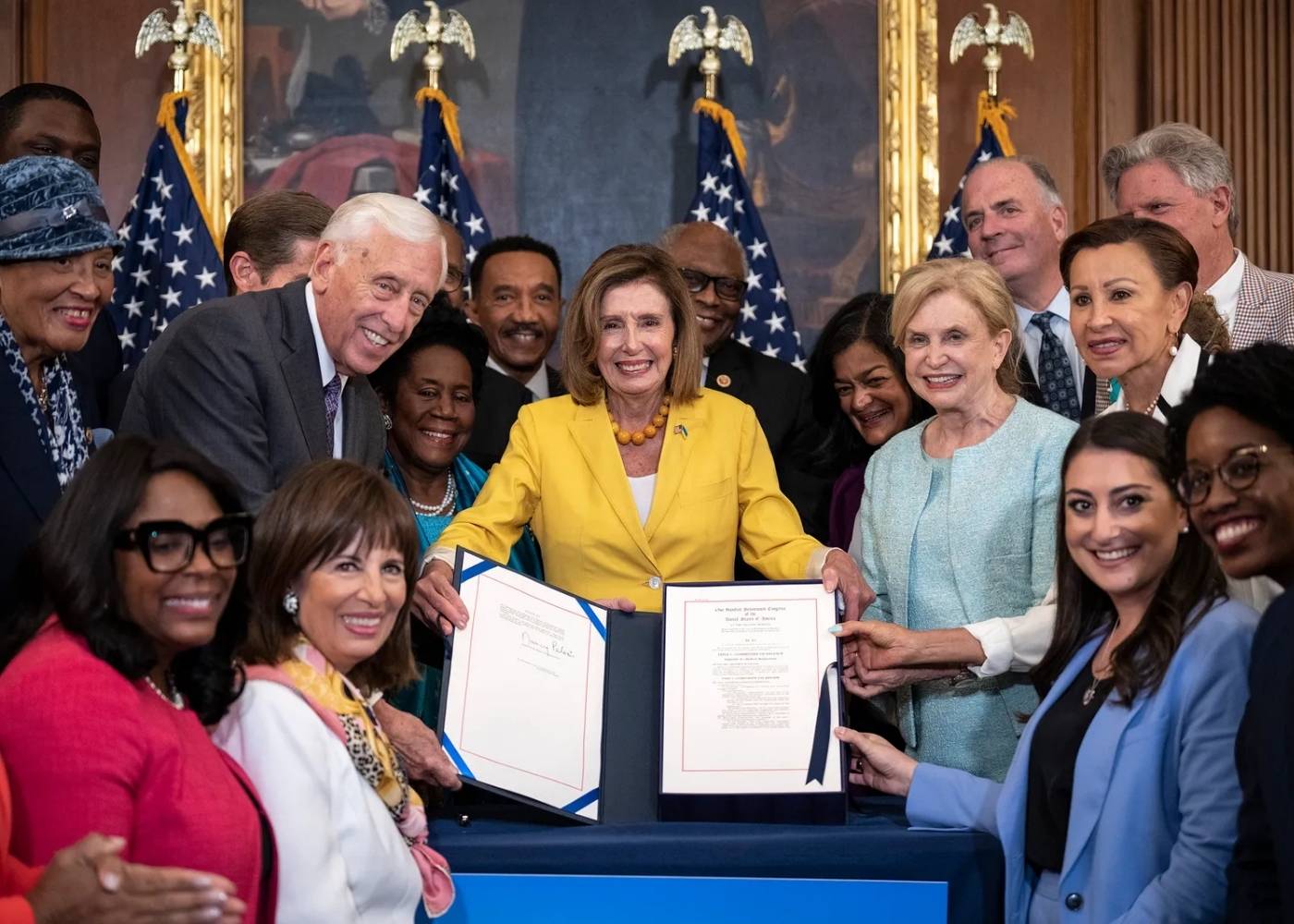 Last week, we at Allume were at the edge of our seats as we watched the U.S. House of Representatives vote yes on the Inflation Reduction Act (IRA). Signed into law by President Biden, the IRA includes a historic $370B investment in climate solutions and environmental justice with the goal of reducing US carbon pollution […]

More than 20 municipal governments in Victoria have taken a significant step forward in shaping the way new apartment property developments could be better for both residents and the environment. This is a huge step in the right direction, and thankfully the team at Allume Energy are in a great position to support developers in […] 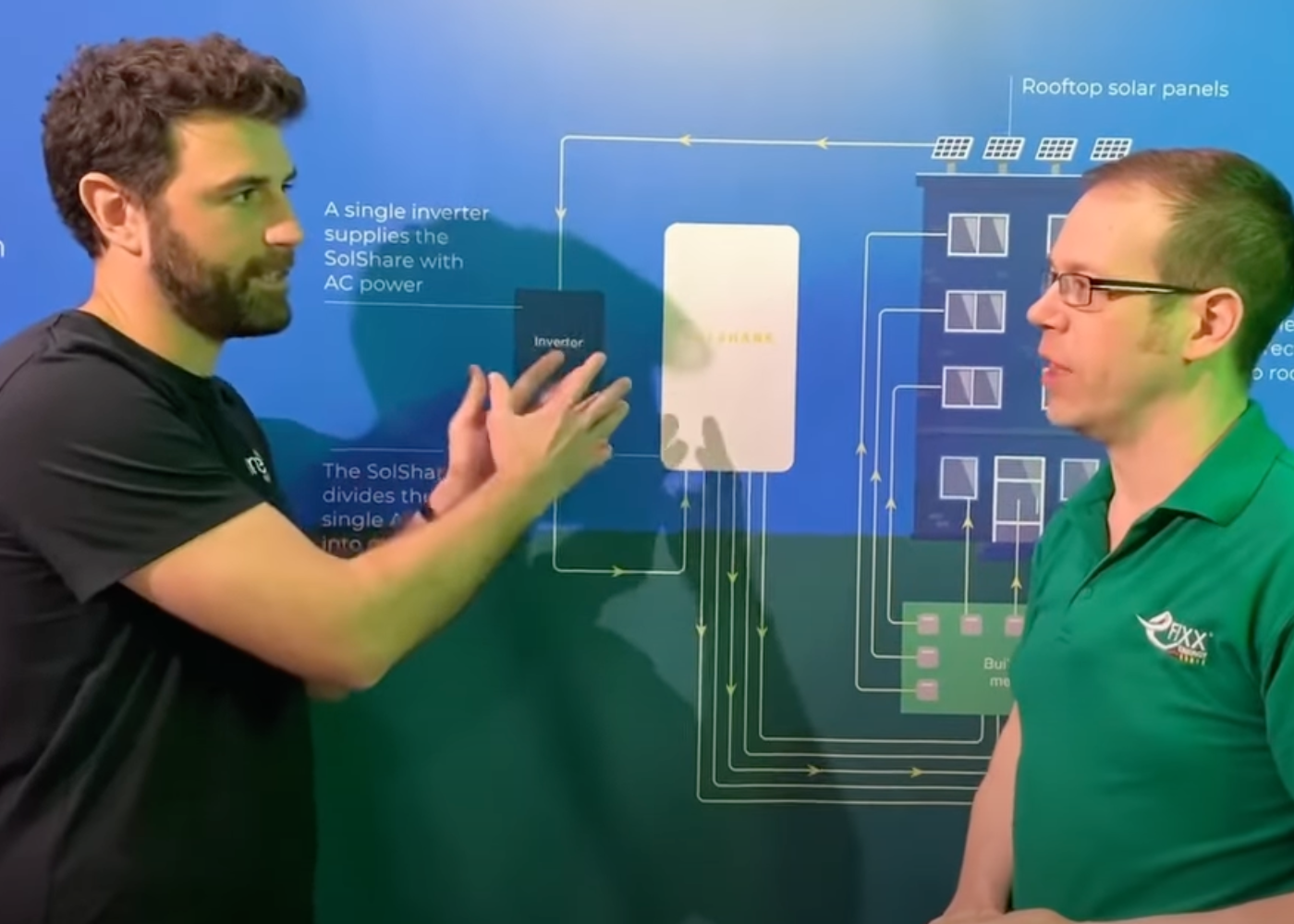 At the recent Future Build Expo in London, eFIXX Energy interviewed Allume’s General Manager of Europe, Jack Taylor to learn everything there is to know about the SolShare. The 5-minute, quick-fire interview, began with eFIXX Energy’s Joe Robinson asking Jack the simple question “What happens when you’ve got a block of flats and you want […]

Read More
SEE MORE ARTICLES
We use cookies on our website to give you the most relevant experience by remembering your preferences and repeat visits. By clicking “Accept”, you consent to the use of ALL the cookies.
Do not sell my personal information.
Cookie SettingsAccept
Manage consent

This website uses cookies to improve your experience while you navigate through the website. Out of these, the cookies that are categorized as necessary are stored on your browser as they are essential for the working of basic functionalities of the website. We also use third-party cookies that help us analyze and understand how you use this website. These cookies will be stored in your browser only with your consent. You also have the option to opt-out of these cookies. But opting out of some of these cookies may affect your browsing experience.
Necessary Always Enabled
Necessary cookies are absolutely essential for the website to function properly. These cookies ensure basic functionalities and security features of the website, anonymously.
Functional
Functional cookies help to perform certain functionalities like sharing the content of the website on social media platforms, collect feedbacks, and other third-party features.
Performance
Performance cookies are used to understand and analyze the key performance indexes of the website which helps in delivering a better user experience for the visitors.
Analytics
Analytical cookies are used to understand how visitors interact with the website. These cookies help provide information on metrics the number of visitors, bounce rate, traffic source, etc.
Advertisement
Advertisement cookies are used to provide visitors with relevant ads and marketing campaigns. These cookies track visitors across websites and collect information to provide customized ads.
Others
Other uncategorized cookies are those that are being analyzed and have not been classified into a category as yet.
SAVE & ACCEPT
Location Notice

We notice you are in . Visit our or continue to our .